The marine depot of Fukushima

At the Fukushima nuclear power plant, since the accident in 2011, rainwater and the cooling water leaking into the ground have been continuously collected into storage tanks. However, the amount of these waters have become so significant that due to the limitations of the storing capacity, pouring these waters into the sea after cleaning has become necessary. 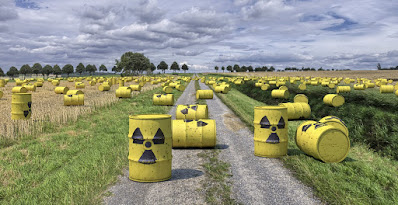 Hence the cleaning procedure is not perfect, the treated water still means health risks, and since decommissioning of the reactors still points into the distant future, pouring the groundwater contaminated with radiation into the sea will remain necessary for the next few decades.

This marine depot should be imagined like a reservoir in the middle of the sea, and the depot would be built in the sea onto a suitable location of the seabed. 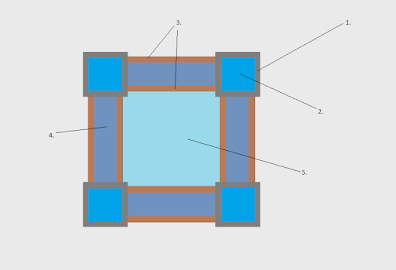 2. Sea water in the floodable stands. This would stabilize the position of the marine depot on the seabed until its construction is finished.

3. The parts of the dams. The parts between the stands of the marine depot would be closed in a similar way to a mobile flood protection dam. The enormous cuboid-shaped ferroconcrete parts could horizontally slip onto each other by placing them into the vertical grooves on the side of the stands of the marine depot. These ferroconcrete elements could be produced on the mainland, and after it these can be transported to the marine depot by a cargo ship, where with the help of platform cranes those could be moved and slip onto their location.

4. Protective sea water. The ferroconcrete elements placed onto each other would stretch from the seabed to the platform, so that a closed structure depot could be created. The top of it would be the platform itself. Double ferroconcrete elements would be placed on every side, because the sea water between the parallel walls would provide an additional layer of protection between the stored radiation contaminated water and the sea.

5. Treated water in the marine depot. It would be still hazardous and radiation contaminated.

Since this marine depot will store the radiation contaminated water for decades depending on the treatment capacity, it is possible that building of additional marine depots will be necessary. Because of this, the first marine depot should be built on such a location, where building additional depots is possible in the area.

Although this marine depot will not be completely leak-proof due to its simple ferroconcrete structure, it can be built simply and quickly in order to store millions of liters of already treated but still radiation contaminated water. It would still be a better solution than pouring it simply into the sea.

(The first version of this concept was written in September 2014.)