The continuous supply of water is an essential factor of space missions since water is consumed by astronauts and they use it for other purposes too. These can be for example growing plants in space and protection against cosmic radiation. Water can be demolished into oxygen and hydrogen by electrolysis to provide the continuous oxygen supply of the astronauts while hydrogen can be used as refrigerant, for energy production in fuel cells or in ion engines as fuel. Furthermore, burned with oxygen, hydrogen can provide powerful thrust in rocket engines as well. 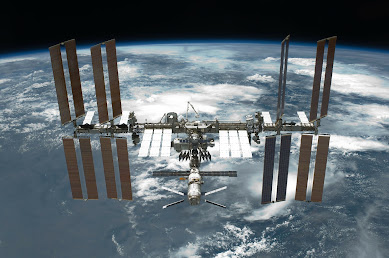 However, water supply to space missions as a payload mass of current carrier rockets is too expensive for the universal use of water in a large quantity. Because of this, a C-5M Super Galaxy transport aircraft should be transformed in a research and development program so that a railgun would be installed into the aircraft with the supercapacitors providing power for firing.

The railgun could launch such a solid-propellant rocket from the modified nose of the aircraft, which is capable of putting tens of kilograms of payload mass into low Earth orbit. These water carrying rockets could be small, simple and inexpensive ballistic rockets, without an own guidance system. After spending a short period of time in space, these would burn while returning into the Earth’s atmosphere, but before this could happen, a satellite designed specifically for this purpose would catch and drain these rockets on the low Earth orbit, with the help of its robotic arm.

This catching satellite would be able to maneuver by electrolysis of the drained water, using the oxygen and the hydrogen as rocket propellant, whether it's catching these rockets moving on a ballistic orbit, docking to the International Space Station (ISS), or about reaching the escape velocity and moving on the lunar orbit to the Lunar Orbital Platform-Gateway (LOP-G).

The catching satellite could collect water from the rockets for months on the low Earth orbit, before transporting it to the ISS or to the LOP-G.

The C-5M Super Galaxy with its huge load capacity and cargo area would be ideal for carrying the railgun, which would be a much more ideal solution than launching rockets from the Earth’s surface. Because the C-5M would launch the rockets from a high altitude, the lower resistance of the rarer atmosphere and the acceleration provided by the railgun would give the rockets a multiple Mach initial speed, and plus the speed of the launched rockets would be increased with the speed of the aircraft.

Since the catching satellite will orbit around the Earth about every ninety minutes waiting for newer and newer water carrying rockets, a rocket can be launched from the aircraft for each circle of the catching satellite. The periods between launching could be used for charging the supercapacitors. The efficiency can be maximized, if the crew on the aircraft is shift working, the fuel of the aircraft is refillable from a tanker aircraft, in the cargo area of the aircraft even a dozen rockets can be placed securely, and the launching with the railgun do not require immediate maintenance.
(The first version of this concept was written in January 2016.)
Email ThisBlogThis!Share to TwitterShare to FacebookShare to Pinterest
Newer Post Older Post Home
Airborne air defence - B-1H Lancer - Battlefield short text messaging system - Deployable observer and radio transmission drone - Firefighting airship - Gunslingers - Hoverbike Championship - Japanese globe-trotting restaurant - Liquid air carrying Skylon spaceplane - Made in Tibet - Military sensor kit - Ohi Hybrid Power Plant - PCI card to Nokia smartphones - Secured infrastructure for the print media - Self-driving range extender trailer - Space Range - Star Wars Championship - Tactical puck - Take-off supporting drone - The fate of the Iranian people - The marine depot of Fukushima - Tokyo International Food Court - Urban retail home delivery - Water supply of deep space missions