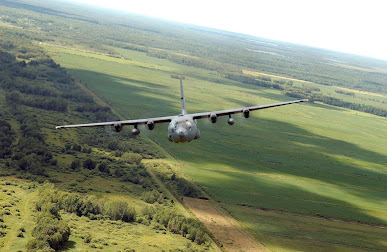 This type of drone would basically be a remote-controlled electric helicopter, which could be launched from below an aircraft wing, thanks to its foldable structure, for example using the universal underwing pylon of the C-130 Hercules.

This kind of drone would work on the ground, the helicopter mode should only be for deploying.

Simplified structural diagram:
1. The body of the drone would consist of two main parts, this lower part would contain the batteries. Thus the drone’s center of gravity will be low, which is important for its stability.
2. The upper main part of the body would include the communication and control subunits, the radios, the GPS receiver, the flight control computer, etc.
3. Each main part of the body would be covered with highly efficient solar panels, which could produce enough energy to keep the observation and communication equipment running continuously round-the-clock.
4. Optical and infrared cameras in a head unit which could rotate in all directions.
5. Telescopic structure to lift the head unit up to several meters. Thus, the field of vision can be dramatically increased. 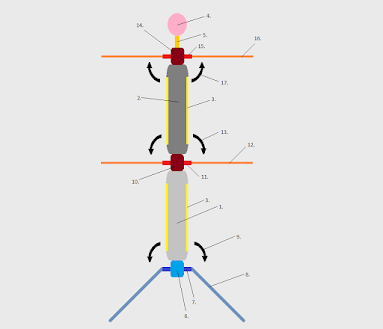 Operation of the drones:

These drones can be deployed on higher urban buildings or hilltops, along major roads or smuggler paths, in a designated borderline, around a military camp, etc.

Since the drones can be launched from aircrafts, they can be deployed quickly in large areas at large numbers. And in case of not needing them any more, the soldiers do not have to go to collect them individually, because if their batteries are fully recharged, the drones can fly to a nearby secured collection point.