In my opinion, it can be calmly stated that those part of the Earth’s population, which has the sufficient funds and the demand for the usage, has already purchased some kind of a smartphone. Because of this, when consumers change their smartphones, companies like HMD Global can only increase their own market share against the other manufacturers. 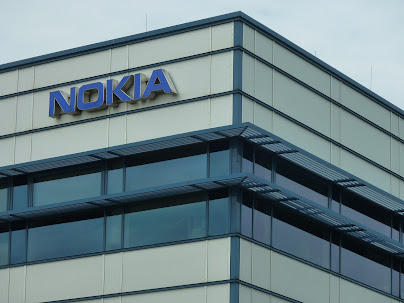 And since consumers encounter a great variety of offers regardless of their financial possibilities when they change their old smartphones, so for hardware manufacturers like HMD Global marking out from the mass is incredibly difficult. In addition, without an Apple-like own software environment and cloud services, keeping the extant consumers through brand loyalty is also nearly impossible.

Nevertheless, the brand loyalty can be increased, if HMD Global produces multipurpose smartphones, because after getting rid of these smartphones, the post-change fate of those can also get into the decision-making process of the consumers.

By installing a new type of standardized connector into Nokia smartphones, those would be able to function in traditional personal computers, by placing them into cards functioning as a case and equipped with a PCI data bus.

Attached to the PCI card by a short wire, every type of Nokia smartphone equipped with this new type of connector could be placed into this type of PCI card, since the case part of the PCI card would be suitable for fixing smartphones of different size stably. Apart from the stable lock, it would also provide continuous cooling with the help of a fan installed onto the case.

The following things can be installed into the rear console of the PCI card:

- GSM, Wi-Fi and Bluetooth antenna
- One or more SIM card reader
- Different types of USB and other kinds of standardized connectors
- Different kinds of SD card readers
- Connector to a traditional landline
- Sound out- and input and a separate microphone input
- HDMI output
- UTP connector for a network cable
- Connector suitable for plugging in the standardized charger of the smartphone
Etc.

Smartphone in the personal computer:

Examples of the usage:

The smartphone can function as a Wi-Fi Hotspot 24/7 owing to the external antenna on the rear console of the PCI card.

Through the SIM cards, the smartphone can still be used as a phone, either by using a headphone and a microphone, or by using a traditional landline phone. By having Internet subscription and supplemented with a webcam, a continuous video call is possible without using the resources of the personal computer. This makes the operation of the video call software possible in a small window without causing FPS (frame per second) decrease in the program that runs on the personal computer, even when someone is playing the most graphically demanding video games. Implicitly the smartphone could also function as a voicemail owing to the fact that the smartphone is continuously operable.

Since short blackouts are not dangers to the operation of the smartphone, it can be ideal for storing backups, which can be continuous in case of word processors and other kinds of office programs by saving every bit of change immediately.

The continuous control of the home security system through radio signals or wires. Compression and saving of the incoming data from different cameras and sensors based on the user’s settings. Another option can be that after turning on the personal computer, the already stored data can be moved to the hard disk drive of the personal computer, which has a much bigger capacity. This would make data keeping possible not only for days or weeks, but for longer periods of time as well.

Listening to music in the background, or through the HDMI output watching videos or television channels on monitor or on television. Since the television connected to the smartphone becomes a smart TV, it can play any audio format and video files, and the Netflix and other streaming services are also available on it. Controlling this is possible not only by the personal computer but also by all kinds of smartphones through Wi-Fi or Bluetooth with the help of an application developed for this purpose.

The smartphone can be used as a continuously operating e-mail server, but this kind of usage can also be aimed at storing an own website or at file sharing.

A Nokia virtual assistant can run on the smartphone continuously without using the resources of the personal computer. This can appear on the screen of the personal computer whenever it is necessary. The skills of this virtual assistant can be continuously developed. In the beginning, it could deal with the essential notifications, for example arrivals of new emails and finishing of copying, so it would not require a multiannual initial development, but over the years, it could catch up with Cortana, Siri or Alexa by continuous developments.

The smartphone can function as a dongle, or as a constant encoder and decoder device. Owing to this, data stored in the personal computer could be partly or totally coded strongly, thus reducing the possibility of unauthorized access to the personal data.