This system would be a supplementary communication network that would serve to minimize the traditional radio usage, since the constant use of traditional radios quickly drains their batteries, and replacing or recharging those could be very difficult in the battlefield. 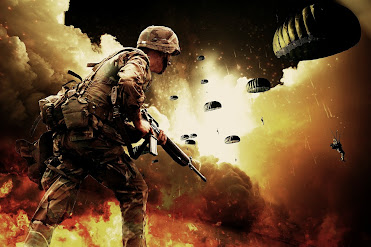 And there are plenty of situations that require fast and secure communication within a distance of several kilometers when instead of speech, text message transfer is sufficient.

The supplementary communication network would be based on CW grenades. The CW grenade would be a smoke grenade size radio that would be specifically designed for battlefield conditions, and capable of receiving and transmitting continuous wave signals (like Morse code). Since the technology on which it is based already exists (for example the goTenna), the development costs could be reasonable.
Simplified diagram about the CW grenade: 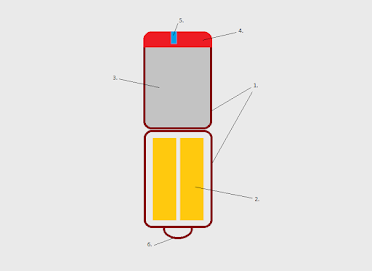 Operation of the communication network:

That is, a CW grenade would serve simultaneously for sending messages, and receiving targeted messages from other CW grenades, and as an automatic signal amplifier for transmitting messages between the CW grenades, but the messages would be handled through an app, that could be installed on any smart device which can be connected to the soldier's traditional handheld radio.

The CW grenade using its own radio will send the encrypted text message as CW signal. All CW grenades that operate at the same frequency and detect the signal will automatically recognize the identifier numbers from the signal, and if the smartphone with the recipient's identifier number is connected, then the message will be forwarded to the recipient's smartphone in which the app can decrypt and display the message.

The usefulness of this network is that no matter how many CW grenades should be used as an amplifier between the sender and the recipient. And the soldiers can carry more CW grenades, which can be placed on the battlefield. Thanks to the durability of the CW grenades, there is no need to be careful when placing them, it can even be thrown on tops of trees and buildings, and these CW grenades can be left behind as a consumable device.

Because the CW grenades would be set to the same frequency as soldiers' own handheld radios, sending simple text messages through CW grenades instead of talking would be a very energy efficient way to communicate dozens or even hundreds of kilometers.