The fate of the Iranian people


If we wanted to give a general description of the history of mankind using short expressions, we had to use words such as war, terror, hate, fear, servitude, poverty, famine, illness, death, dependency, feud, inequality, manipulation and so on. 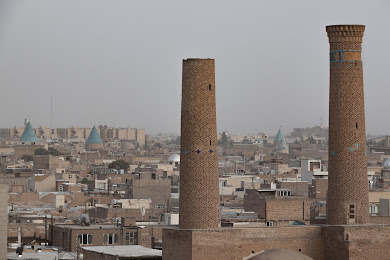 If we wanted to extend this general description to the present mankind, we also had to use the above mentioned expressions, even if those had to be modulated a bit.

And if we wanted to foresee the future of mankind using this general description, we had to use the same expressions in an even more modulated way, depending on the optimistic or pessimistic approach towards the future.

But if the starting point of the general description of mankind’s future is not the reality but a sanguine future, then the generalizations would be about peace, safety, freedom, prosperity or about truth, because ordinary people would wish their own and their beloved ones’ prosperity and happiness.

Because the national interests mean the same for every country, striving after balance.

I do not accidentally refer constantly to Scandinavian countries in my writings, since those social structures and economies represent thriving for balance in the most perfect way.

The economic improvement provided by the denounced nuclear agreement would have been an enormous leap for the Iranian people since the settling foreign companies also provided social opening to a certain extent. However, because of current conflicts, the Iranian regime will inevitably fail sooner or later in a violent way. The only question can be, whether this regime will destroy its own homeland similarly to the Syrian regime.

To prevent this, thinking about launching a Farsi language online magazine would be worth. In this magazine, using fictional articles, news and interviews a parallel reality of the Iranian daily routine could be introduced in order to let Iranian people know, how their lives would look like in a liberated Iran, in which the leaders of the communities with the help of civil administration act really according to the national interests.

So, the articles of the magazine would try to show an idealized vision of the Iranian daily routine in the most trustworthy way, which is of course utopian, but meanwhile it can be thought-provoking because of the literary freedom provided by the parallel reality.