Secured infrastructure for the print media


Continuous and credible information of the population is a key element of national security in all sovereign countries. However, with the continued decline in the role of print media, average citizens can be easily manipulated over the Internet, because fake news can be personalized to trigger a desired emotional state and they can affect a large part of the population with low cost and risk. 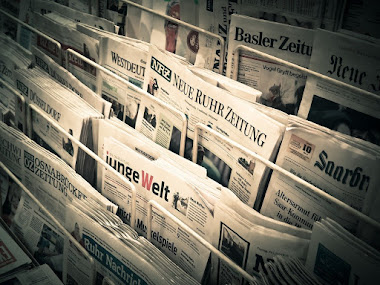 Wi-Fi routers would be built into street lamp posts in residential areas to build out the communication network. They would be put at such a distance from each other that ensures continuous data traffic between Wi-Fi routers and meanwhile provides strong signal strength inside residential buildings.

The street lamp posts would be ideal for this purpose because the continuous power supply for the Wi-Fi routers can be easily and safely ensured, the communication network can be built quickly and almost everyone lives near a lamp post.

The only task for Wi-Fi routers would be to maintain continuous communication between each other, while they would send small data packets between each other over and over again that would be created based on a predetermined standard. The connection between Wi-Fi routers would have a high level of encryption and no other device could connect to them, however the constantly resent small data packets would not have any encryption.

Readers, after installing a specially developed app would be able to capture these small data packets with their Wi-Fi able devices, without connecting to Wi-Fi routers. In other words the essence of the communication network would be that the content of print media products could be distributed digitally over a network of Wi-Fi routers what the app can show to readers on their Wi-Fi able devices (such as smartphones, laptops, etc.).

Such newspapers, weekly magazines, and other print media products would be selected that could be redistributable in digital form through this communication network, but since the costs of establishing and maintaining the network would be secured by the state budget, the government would have veto rights in all cases. This would ensure that only reliable and accountable print media products are available through this communication network.

In addition, since the updates of the distributed content could not only happen daily, but even every hour, newer articles can be displayed more quickly. With even more frequent updates it is possible to broadcast the articles of the state news agency using a completely separate file that could be updated in every minute, creating a continuous news feed for readers in the app.

Although the broadcast of multimedia content such as videos is only very limited through this communication network, readers having traditional Internet access can click on the links in the articles to see related content.

Source and distribution of income:

With this communication network, dozens of different print media products (local, national and even international) become legible for everyone, but since the usage of the app and viewing the content are free, some regular income is needed to compensate publishers for their loss.

Therefore, the app would be deliberately optimized for continuous ad serving, which would appear automatically next to the articles. If readers also provide personal information in the app setup options (for example gender, age, place of residence, occupation, etc.), then ads may also be targeted.

Another source of income would be classified ads which the app would handle separately. This communication network would be ideal for displaying classified ads on readers’ devices, because their content can be easily updated and readers can easily search among the classified ads according to their instantaneous interest.

Every month a value number would be determined for each print media product which is distributed through this communication network and the income would be distributed proportionally among publishers based on this value number. However, the value number would depend not only on the size of the readership, but also on the cost and quality of the production. Thus tabloids would not be able to suppress investigative journalism.

Benefits of the infrastructure:

Since this communication network would be independent from the Internet, it could be operable in disaster situations and under cyberwar conditions as well.

Readers with Wi-Fi able devices would not be able to connect to Wi-Fi routers, they could only capture the small data packets that are broadcasted continuously with the Wi-Fi routers. Thus, the communication network could not be overloaded, at most the radio signals could be disturbed in locally, which could be solved easily with the help of local law enforcement forces.

Readers will have easy and free access to the content of print media products selected for distribution in this way, which can increase their readership, strengthening information of the population and their ability to think critically.

In addition, with the help of the communication network, there are countless separate apps that could be provided with real-time information, let it be weather forecasts or traffic news.