If a nuclear power plant with pressurized water reactors is still in good condition, but enhancing safe operation would be too costly, instead of full decommission, it would be better to modify it to other types of energy production. 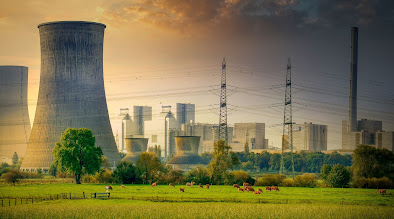 Simplified structural diagram:
1. Ohi Unit 1.
2. Ohi Unit 2.
3. Reactor vessel for heat energy storage.
4. The heat energy would be stored in molten salt, like in a concentrated solar thermal power plant.
5. Electric heater units.
6. Connecting to the national power grid.
7. Reactor vessel for power generation.
8. Pressurized water.
9. Primary coolant loop.
10. Heat exchanger in which molten salt can transfer the heat energy for the pressurized water.
11. The molten salt would circulate between the two reactor vessels.
12. The power plant would be equipped with waste incineration, which could be fueled by local or imported waste.
13. Waste combustion furnaces.
14. The molten salt would be heated by waste combustion. 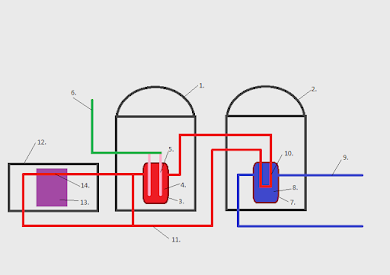 Benefits of the hybrid power plant:

By modifying the Units 1 and 2, a fully renewable power plant could be created, which can work even for decades, and since the power plant infrastructure already exists from the control room to the turbines, the cost of expansion could be significantly reduced.

The molten salt could be heated by surplus energy from the national power grid, and in addition, dozens of wind turbines (mostly offshore) could be connected directly. Thus, this hybrid power plant could provide a balancing role for power supply in Japan.

Since one of the reactor vessels would store the heat energy, and only one of them would produce the energy, the total energy output would be much less, but it could be completely safe.