Home delivery is a practical solution for shopping, whether we can talk about food, household items, books or other retail products. However, the cost of home delivery greatly increases the cost of products for consumers. Additionally, consumers need to be on site for the delivery to take over the ordered items, or to pay by cash for example. 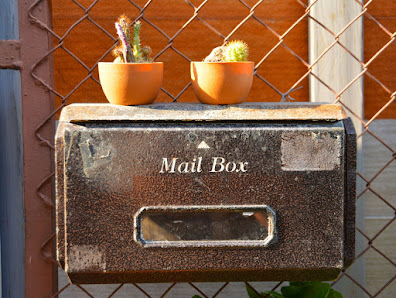 Therefore, a separate service should be created for ordering and delivering products, which would link the smaller and larger retail units in each city to a standardized network.

Consumers could choose which city they live in from among the cities available for the service on a website optimized for smartphones. Then they could browse between the networked retail units and their products within the given city. This means that consumers in this home delivery service could order only those products which are available at the time of ordering in the retail units within the city of their choice.

Since in the service would not be possible for cash on delivery (COD) payment, the website would also be a unified payment system, which would distribute transfers of consumers between retail units based on the amount of ordered products.

In such cities where this service is available, the local post offices would be expanded with a smaller warehouse for sorting products waiting for delivery and storing them for a few minutes or maximum a few hours. Because post offices would serve as mediators between retail units and consumers. Post offices are ideal for this purpose because buildings, customer service, professional experience, etc. are all given. Practically, only a new service should be added for the existing ones.

Post offices would also be transformed into electric charging stations for electric powered vans. Electric vans with bigger total weight would deliver ordered products in the city between retail units and post offices. Besides, smaller electric vans with less total weight and used by local post offices would fulfil deliveries to consumers on their operational territory of a few square kilometers.

Products that come from different retail units to post offices would be packed in standardized transport boxes, so there would be a weight and size limit, which consumers would not be able to go beyond in each order.

The standardized transport box would be an aluminum box, which could open on top. This box would be as large as a shopping basket, with three versions: traditional, coolable and heatable. The traditional transport box would be white, the coolable version would be blue, the heatable one would be red. Coolable and heatable transport boxes would have a double-walled structure. In this double-wall, a non-toxic antifreeze liquid would be stored in precooled or preheated conditions, which could keep the products at a constant temperature for long hours. Thus, from frozen foods to freshly prepared food, it is possible to deliver a multitude of products without immediate receipt by consumers.

In the post offices, the coolable and heatable transport boxes would be placed in separate containers which would look like chests of drawers. Thus, the fluid in their structure would be continuously cooled or heated.

Registered consumers would need to use a standardized receiving box for the service. This lockup receiving box would be the same size as the transport box. The transport box filled with the ordered products should be placed at the consumer the same way as mail is stored in the mailbox. Thus, the delivery of ordered products remains safe while consumers do not need to take them personally.

After the consumer has taken the products out of the transport box, it can be simply put back to the receiving box. The carrier would return the empty transport box to the post office at the next delivery. The carrier exchanged the two boxes.

This service would primarily serve to connect retail units within individual cities. However, horticultural growers around cities who are able to accurately record their stocks could join the network, although growers would find it difficult to sell products over the Internet because the consumers would not be able to control the quality of the products. Because it would not be possible for consumers to choose the product as on the markets, and retail standards provided by supermarket networks would be neither available in this field.

Therefore, a comprehensive quality control would be a prerequisite for joining the retail network for horticultural growers, and each post office warehouse would have its own employee to sort these products. These employees would check the ordered products whether they meet consumer needs from freshness to size. If products delivered by the growers would be significantly different from the products ordered, consumers would be compensated immediately. If the problem occurs repeatedly, growers could be suspended or even excluded from the retail network. The same would apply to problems arising from regular laboratory tests, such as in case of using inappropriate chemicals.

Benefits of the retail network:

Although the range of orderable products depends on the current stock of networked retail units and horticultural growers, more efficient and much cheaper home delivery allows consumers to make easy daily shopping. This would significantly increase the quality of urban life beyond the significant individual time gains, for example reduce vehicle traffic.

In addition, access to a larger consumer base and easier advertising opportunities the network can help to survive and develop even the smallest retail units, and it also creates numerous jobs locally.